As you probably know, I run a blog called Raspberry Pi Pod which deals with all kinds of things relating to the miniature microcomputer. Occasionally, I give talks about Raspberry Pi stuff, particularly robotics stemming from my work on the robotics challenge competition, Pi Wars. Last May, I gave a talk at Preston Raspberry Jam about robotics. I titled it A Robotics Journey. It gave people an idea of their first steps in the world of physical computing and electronics and how to build on that knowledge to create their own robot.

I’m doing another talk at the Preston Jam on 1st March about robotics. This time, it will feature plenty of robotics action from the various years of Pi Wars as well as an explanation of what I always call “The Reason” – of which more later. In the meantime, here are the links to my slides and the text of my talk. 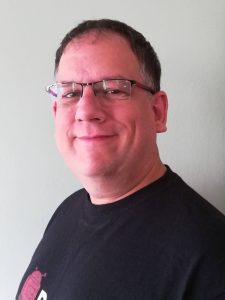